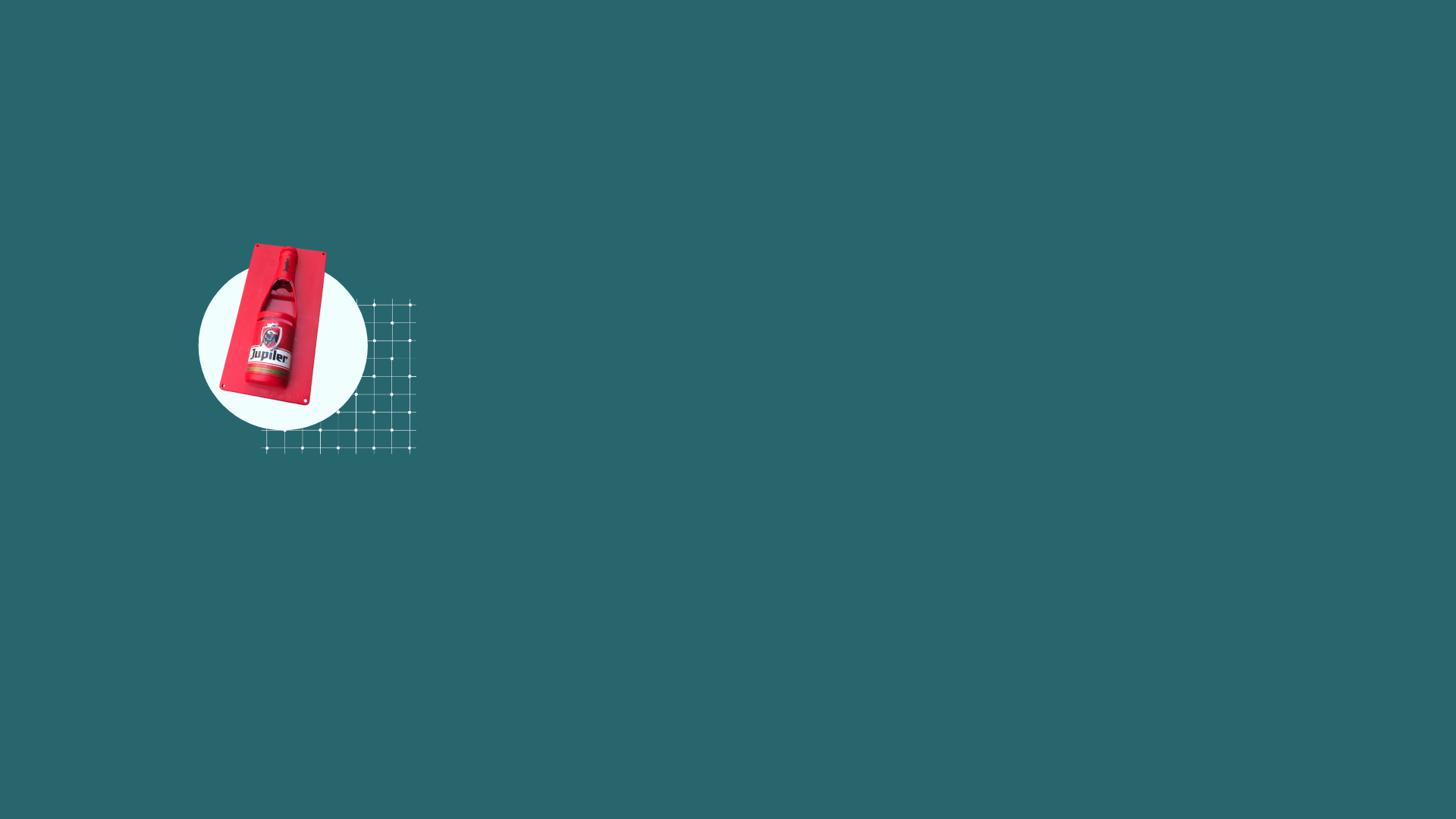 Beers have always had a significant influence over the Belgian culture. In Belgium, beer is present everywhere, in family diners, birthdays, weddings, sport, parties, fair and in all traditional folklore celebrations. Moreover, one of the most important company of the BEL20 (The benchmark stock market index of the top 20 companies traded in Brussels) is AB InBev, a multinational drink and brewing group. Despite this cultural aspect in Belgium, it is important to keep in mind that alcohol is a drug that creates important addictions. In times of COVID-19, people were not allowed anymore to do all the social activities cited above. However, in Belgium, alcohol consumption did not decreased during the lockdown (Marchal, 2021). On the contrary, many expert raised concerns regarding potential effects and repercussions that social restrictions could have on mental health and consequently on addictions (Horigian & al., 2020, p.1).

Alcohol has been made to support the emptiness of the universe, balancing planets, their unperturbable rotation in space and their silent indifference about your suffering.”

The Jupiler Bottle Opener by covid19digitalcollection on Sketchfab

This Jupiler Bottle Opener acquired as a goodies when buying a crate of beers is covered by a very showy red. Due to its flashy colour, the opener is difficult to miss when hanged in a room. The opener is mainly made of red thick plastic excepted the part that actually allows to remove bottle caps. The latter metallic part was also red at the beginning. However, due to an intensive use during the past months, the paint gradually went away. The opener design is a combination between a rectangle with four holes on each side to fix it against a wall and the actual shape of Jupiler bottle of 25cl. When merging these two, the designers decided to keep only the half of a bottle design to make it stick with the rectangle plate. The showy red has been chosen because it is part of the Jupiler logo and therefore of the brand identity. As this opener is made to be hand against a surface, there are few chances that it will move a lot during its existence. This is why the place chosen to attach it is important to consider. For example, at the moment, it is right next to the fridge where beers are stored. The bottom of the fake bottle is a little container of caps where the latter fall when bottles are opened. This useful feature allows to place caps to the bin not one by one. Moreover, it avoids the caps to fall on the floor. Even if the opener is from a beer brand, it can be used for any bottles with caps. However, for now, it has predominantly opened beer bottles.

At the beginning of March 2020, I was living at home with my mother and the Jupiler Bottle Opener stayed stored in my bedroom for a long time. Indeed, I acquired this object a long time ago. As stated previously, it was a free bottle opener that I received when buying a crate a Jupiler beer. However, during the summer 2020, I moved in an apartment alone and took the object with me. It was the start of new life for me and for this Jupiler bottle opener. Indeed, after hanging it in my new kitchen, it certainly opened more beers in two weeks than it ever did during the past two years. Before the COVID-19, I was used to do sport in the evening at least 4 times a week with my handball team. However, the lockdown disrupted my old routine. Sport halls were closed and we were not allowed to practise team sports anymore. Therefore, as my evenings were now free almost every day, I have started do used the opener and drink beer on a more regular basis. It started to become my new way to empty my mind and escape from my responsibilities for a short moment once in the day. This new routine almost became a new passion for me as I started to interest myself more and more in the different sort of beer that exists and inquire about them. However, I realised that the line between this new passion and a new addiction was very thin. Drinking every evenings, even if it is not much, was a new way for me to artificially occupy my mind. As many people during the pandemic, through beer and alcohol I maybe had find a new way to substitute the lack of social interactions. Brooks & al. (2020) explain that boredom can creates feelings of frustration and isolation, especially during quarantine. For my mental health, it probably would have been better to keep my mind and my body busy with healthy activities rather than with substance such as alcohol. It would have helped to avoid developing the feelings mentioned by the authors.

Indeed, since European governments had to take strong measures in order to slow the outbreak of COVID-19. Bar, restaurants, schools, museums and shops had to close and several millions of people were forced to stay home during months. However, during the lockdown, many people had to continue to work and endorse responsibilities while also facing increasing anxiety and loneliness due to the situation. Scholars have raised concerns regarding potential effects and repercussions that social restrictions could have on mental health and consequently on addictions (Horigian & al., 2020, p.1). Indeed, some authors suggest that isolation and uncertainty about the future combined with anxiety can worsen alcohol consumption (Rhem & al., 2020, p.302). Indeed, in Belgium, supermarkets knew a significant increase in alcohol selling during the lockdown periods (Marchal, 2021). In the US, the situation seems to be identic. Horigian & al. (2020) show that loneliness, depression, anxiety, alcohol use, and drug use among young adults from the US is increasing since the COVID-19 pandemic has started. Additionally, A direct correlation bteween anxiety due to strong social restrictions and alcohol and drug use has been identified (p.6). The authors conclude by stating that:

“Addressing mental health and substance use problems in young adults, both during and after the COVID-19 pandemic, is an imperative. These young adults are the future (…), and as we invest in developing the sense of cohesion and social connectedness in these generations, we can address social and physical resiliency in our communities at large.”

However, this Jupiler Bottle Opener does not solely carry the representation of the bad habits I developed during the COVID-19 pandemic. It does also connect me with my with my culture, my city and my life before the pandemic. Jupiler is one of the most widespread beer in Belgium. The latter is brewed in the periphery of Liège, in Jupille, where its name was inspired from. As a commuting student between Maastricht and Liège, I used to pass next to the brewery almost every day on my way to university. Additionally, as far as I remember, Jupiler beer is the first alcoholic drink I have drank in my life. This beer is also associated with many of my memories of the social life I had before the pandemic. When I went out with my friends in the bars of Liège, when I enjoyed the terrasses on sunny afternoons,  when I used to drink a beer with my team mates after a handball game or even when I had family dinners and celebrations. Being consious about that generates a weird feeling to me. Beer has been an way to occupy my mind during the lockdown. However, it was maybe more than that, drinking perhaps became a way to embrace the nostalgia I have of the pre-pandemic period.

Jupiler was created in 1966 and firstly produced by the Piedbeouf brewery in Liège. Now, the brand belongs to the biggest brewery group of the world, ABInbev. The emblematic bottle of Jupiler of 25cl has always been adorned by a red cap. Indeed, invented at the same time as the bottle opener, crown corks were created by William Painter in the US in 1891. Therefore, the Belgian beer always enjoyed this technology. Jupiler has a very strong cultural influence in Belgium but especially in Liège. In Jupille, the neighbourhood in Liège where the beer is brewed, the legend tells that there someone working at the brewery in almost every family (Destiné, 2016). Beers in general have a strong cultural importance and influence in Belgium. For example, the first football division in the country changed its named for Jupiler Pro League by the end of the 90s. Additionally, Jupiler is also one of the major sponsor of the Red Devils, the national football team. Beer is so much rooted in the Belgian culture that until 80s, beer was served to pupils in primary school canteen. In 2016, beer culture in Belgium with its approximatively 1500 different sorts even became inscribed on the representative list of the intangible cultural heritage of humanity. 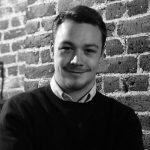 My name is Thomas Mormont. I come from Belgium. Currently, I’m doing my MA at Maastricht University.

Description: The Jupiler Bottle Opener is used to remove the caps from beer bottles.