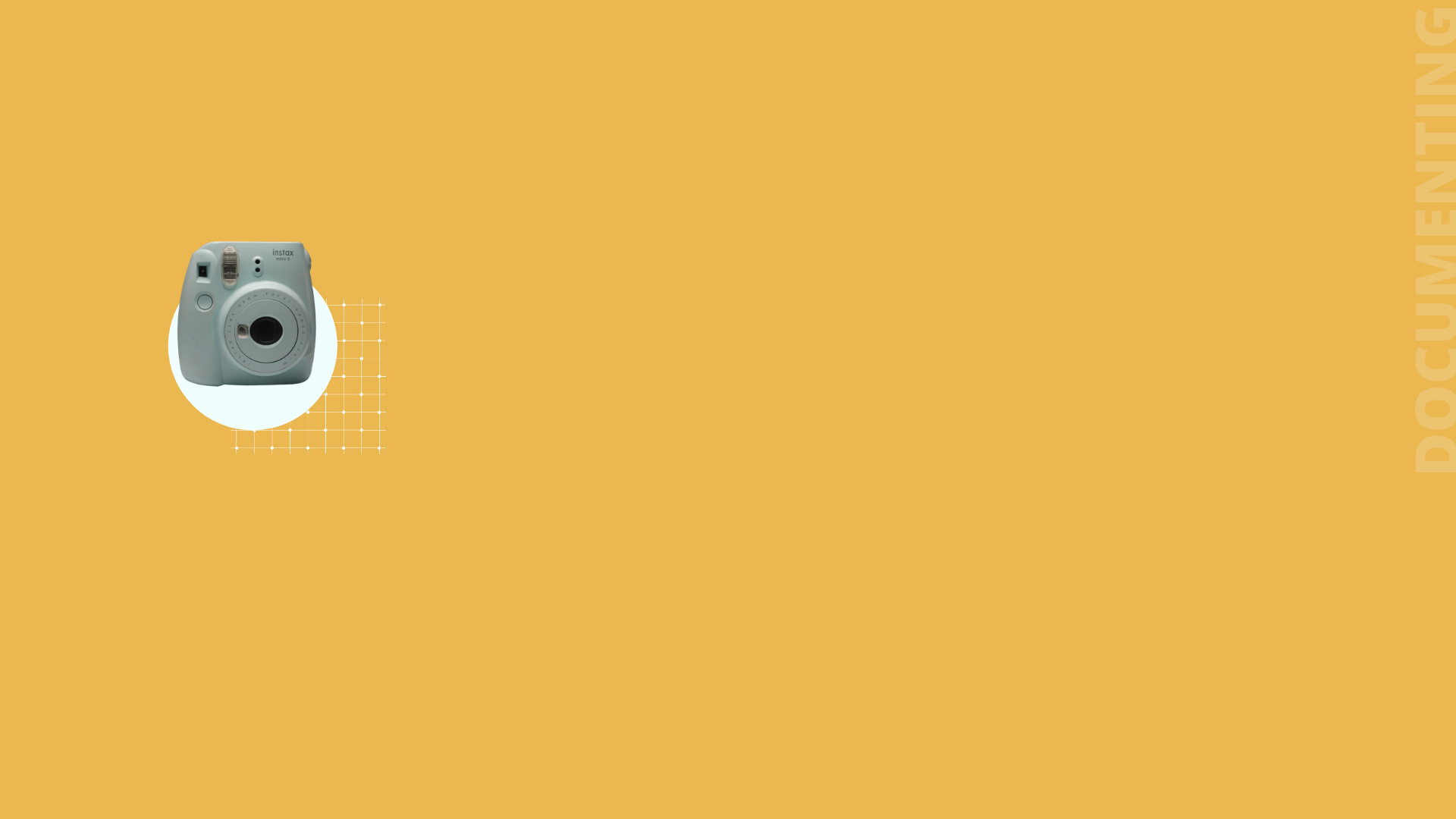 Polaroid cameras like the Instax Mini 9 are a fun way to physically capture moments. It gives the opportunity to collect memories and also can provide a creative outlet.

There is no greater sorrow than to recall a happy time when miserable.

At the end of 2019, the first case of COVID-19 was identified in Wuhan, China. Yet no one knew at the time that this event would change the lives of all people around the world and that the words of the poet Dante Alighieri will become something one can still relate to in the year 2021. The year 2020, in particular, was the first year that people wished everything would go back to the way it was prior to the 11th of March 2020, when the WHO officially declared the prevailing epidemic as a global pandemic. The first lockdown was almost a year ago, but since then the crisis situation in the world has hardly changed for the better and even the first lockdown is starting to look like a more “bearable” episode compared to the current wave and lockdown the world is now experiencing. In a nostalgic way, I would like to reminisce on my experience in the first lockdown and highlight an object that carried a special meaning for me during that time. I will discuss the history of the object as well as its material and sensorial properties. Finally, I will explain how the object was a creative outlet that helped with coping through the pandemic.

Creating with the Instax Mini 9

The Instax Mini 9 Polaroid camera is characterized by its very easy operation. It is the simplicity that makes the photographic user experience quite unique. Its small size and smooth surface make it easy to control the camera with just one hand. Despite the plastic construction, the Instax Mini 9 offers large buttons and thanks to its bright colours, it is also visually attractive. The film is in a credit card format of 54 x 86 mm. A built-in flash is triggered every time one takes a photo. Additionally, the front mirror supports selfie snapshots. The camera is switched on by simply turning the lens. Shooting modes are selected by further rotating the camera’s lens ring and are helpfully illuminated when in use. Furthermore, the click and whir of the motor, the image sliding out of the narrow slot, still milky and minutes away from completion, the wide white border to pull off, are what makes photographing with this polaroid camera an exciting experience. Instead of immediately being able to view the result, one must wait a few minutes to be able to hold the fully developed moment in one’s hand.

A Short History of Instant Photography

In 1947 Edwin Land announced the invention of polaroid photography. He called it one-step photography because it eliminated a sequence of stages between the exposure and the final print (Buse, 20120). Especially the process of chemically developing a negative into a positive picture in a photo laboratory was no longer necessary. In these early versions of “instant” photography, the operator of the camera was still responsible for timing the development of the film, which they needed to pull out of the camera to detach the unusable negative from the final print (ibid.). After 25 more years of research, Land reached his ultimate goal in the form of the SX-70 technology, which mechanically ejects a white-bordered image from the camera. It is usually this second generation of cameras that define the polaroid experience (ibid.).

Bonanos (2012) notes that one billion Polaroid photos were taken every year by photographers in the 1970s. Then the whole business almost disappeared with the rise of digital cameras in the 2000s. Between 2001 and 2001 the company Polaroid needed to declare bankruptcy twice and Polaroid discontinued its production in 2008. However, this was not the end for instant film as Fujifilm still produces instant film and cameras and Polaroid also made its revival in 2017 in the form of the Impossible Project.

Creative processes can be seen as coping strategies. According to Vollmer (2012) during the practice of artistic work, self-efficacy signals are generated, and certainty is increased through the aesthetic problem-solving process. In 2018, research in Britain tested the link between creativity and wellbeing. The findings of the Great British Creativity Test research showed that people can get emotional benefits from even a single session of creativity. Moreover, when faced with hardships in their lives, creative activities are beneficial for people’s emotions (BBC, 2019). In today’s time, polaroid cameras have become very popular again. Especially because of their ‘vintage vibe’ and the creative possibilities they can offer. This may be due to today’s “technostalgic” trend, which has created a great interest in old technologies such as Super 8 film, vinyl records and of course also the Polaroid Camera (Van der Heijden, 2015). For example, there are several photographic apps that enable the retro look on phone taken images. But real polaroid pictures are unique and not reproducible. One can play with the exposure time of the camera and different films to make the photos even more individual. Thus, instant photography offers a lot of possibilities for creativity. Whether it is the photography itself or the later processing of the images, for example, when creating a photo album.

In Times of Quarantine: How the Feeling of Nostalgia During the Pandemic Inspired Me to Create.

Right at the beginning of the first lockdown, I noticed that my screen time on my phone was severely rising. The gradually suffocating presence of my own home was damaging my mental well-being in the long run, which led me to explore new ways of occupying myself. This made me rediscover an old hobby of mine: polaroid photography. While I could have used my smartphone for photography, I decided against it, because in this digital age, we are used to shooting photos with our smartphones and get instant results. However, these photos are easily lost among the thousands of other images in the camera rolls of our phones. I wanted to spend less time indoors and in the digital world and started using my Instax Mini 9 polaroid camera again to get out of the house from time to time. The camera is a gift from my best friend that she gave me before she moved to Canada, which is why I hold it very dear. Eventually, the camera motivated me to go outside and look for beautiful subjects and scenes that I could instantly capture with the camera. I also started to pick up the camera more often in my house to take photos of my dog or my family when there were days when I could not go outside. Before Corona, I always took the camera with me when I travelled to other countries like England, Morocco or Canada. The majority of the time I used it for “special” occasions and places.

But being stuck inside also seemed like a special occasion as well as I was tied to my hometown, bound to my parents’ house for what felt like an eternity, deprived of the opportunities that this year was supposed to hold for me. I often found myself reminiscing over old polaroid pictures of my travels and the feeling of nostalgia and wanderlust came over me. Bartholeyns (2014) calls this action a “self-induced nostalgia”, where one uses such methods to bring “aesthetic value to our lives” (p.55). It’s hard to describe the feeling of nostalgia, but you can’t miss it when you have it. It reminds one of the changes in one’s life, and how rich life has been before COVID happened. In these moments, I longed for a return to the past, where I could just board a plane and go on a trip. But since this was not possible, I had to start making the best of my situation and concluded that I needed to create some future memories out of the present I was then experiencing. Krystine Batcho, a professor at Le Moyne College and an expert on nostalgia told the American Psychological Association that during “difficult times, attention to our past can strengthen us by reminding us of how we survived challenges, loss, injury, failure or misfortune in the past. When we are sad or discouraged, it can be uplifting to remember that we are still the person who had been happy, strong and productive at times in our past” (American Psychological Association, 2011). I was experiencing an uplifting moment through my nostalgia, which inspired me to capture the current moments with my Instax. Creating pictures for my photo album was certainly a creative process and helped me to relieve the anxiety about my situation in times of COVID. It gave me the feeling that these pictures taken in quarantine will one day just be physical memories that I will look back on and hopefully think to myself: There is no greater sorrow than remembering a happy time when miserable, but that doesn’t exclude the possibility of happier times ahead. 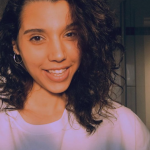 My name is Hannah Stumpf, I come from Germany. Currently, I’m doing my MA at Maastricht University.

BBC. (2019). Even a small amount of creativity can help you cope with modern life, reveals new research by BBC Arts and UCL. https://www.bbc.co.uk/mediacentre/latestnews/2019/get-creative-research

Van der Heijden, T.(2015). Technostalgia of the present: From technologies of memory to a memory of technologies. European Journal of Media Studies, 4(2): 103-121. Amsterdam: Amsterdam University Press.

Description: The Instax Mini 9 Polaroid Camera is used for instant photography. It can capture a moment physically by printing the picture right after taking it.