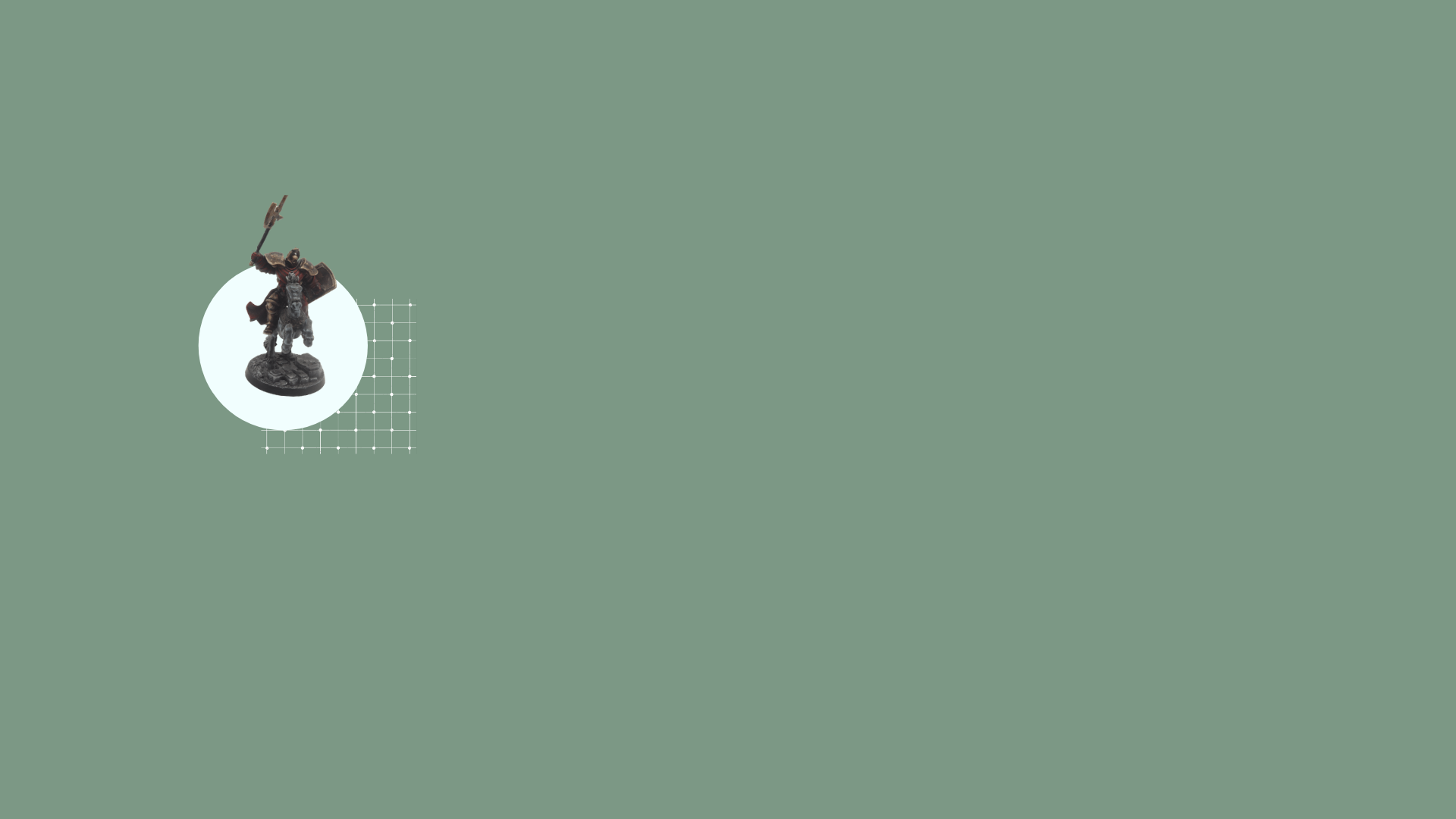 This post will explore the object’s importance for the author through both its symbolic and practical value. Consequently, a brief presentation of historical instances of miniatures’ use will bring the societal value to the light.

It was Thursday, January 7th, 2021 when I decided what object to digitize in 3D form, for the Covid19 Digital Collection of my master’s program. After having rejected some objects that don’t have a real value for me or could present potential difficulties during their digitization process, my sight gets locked on a horse rider miniature on my desk. My mind has an immediate flashback and takes me back two months. It’s the last days of October 2020, the second period in university is about to end, and I enroll myself for my first ever miniature painting competition organized by my local hobby store. I have never applied before, because I never felt confident enough for my skills on a competitive level, but this time is different. I don’t care about the outcome. In a moment of spontaneity, I grab the opportunity and I sign myself up to the competition. At that specific moment my actions provided me with the incentive that I needed. All it mattered was to spark my creativity again and take my mind away from my studies and the feeling of confinement during a pandemic. A creativity boost that would relieve my stress and give me this wonderful feeling of creative fulfillment and momentary escape from reality. I didn’t win the competition, but this miniature will always be there to remind me that art can have therapeutic properties especially during a pandemic. And this is how and why I chose my object.

Physicality of the Object

The miniature’s dimensions are 10x6x5cm, weighs approximately 35g and its scale is 28mm, a standard for most wargames. When observing the object from a 15-centimeter distance it looks imposing. Its desaturated colors exert a cold, dark and powerful feeling and its pose creates movement giving it a look of aliveness. It certainly has this particular aura for me as its creator, due to the fact that when choosing this paint scheme, I had to think how to trigger an emotional reaction to the people that were going to vote for it (because the theme of the competition was “Halloween”). My inspiration was drawn from fantasy fiction, descriptions from books and visual representations from movies like Lord of The Rings, but also from a somehow primordial sense of what feels imposing and scary to me. Darker colors were the obvious choice for creating this dark feeling. I also tried to create a “damaged” look on the metallic parts of the miniature, as if it was some kind of veteran warrior; for me (but also for most people i guess) seems quite scary to face the dark silhouette of a seasoned fighter on a rearing horse, wielding an axe!

This imposing aura fades away when you decide to pick the miniature up and hold it in your hands. It suddenly feels very small compared to the hand, fragile, delicate… a miniature. Its base materials white metal (horse and weapon) and plastic (rider) are hard, but its painted surface is smooth, but also textured mainly on the “metallic” parts. Its metallic material feels colder in the touch and somehow contributes to its non-aliveness; yet in the same time, this assemblage of hundreds of brush strokes and the carefully decided highlighted areas create an illusion that the object “has come to life”.

Miniatures Through the Ages: From Personal to Societal (and Back)

About dealing with the historical background of objects, Dannehl (2018) claims that there are two categories, “exceptional” and “utilitarian”. The former have an inherent value (artistic or material) and the latter are mundane, every-day objects (p. 126). The first category is more suitable to be examined using the “object biography” concept, which means to track down all the different trajectories of an object’s “life”, from its production until its “death”, but also “resurrection” in a different context like a museum exhibition. On the contrary, since utilitarian objects rarely have a biography because of their non-inherent value, the concept of “object life cycle” is more suitable for their study.

“The life cycle study gives recognition to the communication value between the observer and the original producing culture of small, utilitarian objects. By virtue of their large number they performed a large array of functions in the course of their useful life, and concern has been replaced by enthusiasm about the kind of information they offer” (Dannehl, 2018, p. 128)

Even though the Horse Rider Miniature is a unique object because of the way it was assembled and painted, it falls under the category of every-day objects (for hobbyists at least), by being a mass produced product. Consequently, by following the “object life cycle” concept, this section of the blogpost will broaden the scope and try to map different uses and contexts of miniatures/figurines/statuettes, from ancient times to contemporary era, in an attempt to outline their societal importance.

The oldest figurines to be made and of the most common to be found are the so-called Venus figurines, that usually depict an obese or pregnant female silhouette (Johnson et al., 2021) with exaggerated breasts and wide hips. Most of the findings date back to the upper Paleolithic period and were found in Europe (Dixson & Dixson, 2011). Research has tried to shed light on their use or meaning for the ancient society, with contradictory results and different interpretations. However, the most prominent themes portray those figurines as primitive works of art, symbols of fertility, beauty and even as “paleo-erotica” objects (Tripp & Schmidt, 2013).

The most recent research focus on the relation of the creation of those objects with extreme changes in the climate (Dixson & Dixson, 2011; Johnson et al., 2021); they suggest that they probably served as symbols of survival (and consequently fertility). Since obesity was pretty rare during this period in Europe, those figurines probably “conveyed ideals in body size for young women and especially for those who lived in proximity to glaciers” (Johnson et al., 2021, p. 15).

Moving closer to our times and as Langin-Hooper (2015) suggests with her case study, miniatures had a key role to the multi-cultural society of Hellenistic Babylonia—Hellenistic period starting a little after the death of Alexander the Great with the establishment of strong Greek presence in the area of Babylonia for almost 200 years (McEwan, 1988). The abundance of miniatures during this period, can only be explained by the cross-cultural interaction and social transformation in that specific society (Langin-Hooper, 2015). Miniatures acted as tools of identity building/sharing and enabled daydreaming or fantasies of empowerment and control over objects that if they were larger may have been impossible to possess (soldiers, deities, animals). “By presenting a miniature version of society in which many identities were possible, but all identities bridged or transcended the divide between cultural groups, the figurines of Hellenistic Babylonia helped to shape new, multicultural social norms” (Langin-Hooper, 2015, p. 75).

The progress of technology on mould casting during the 15th and early 16th century allowed the mass production of clay figurines mainly across the German-speaking lands and the Netherlands (Kowalczyk, 2017). Those figurines were meant to be used either as religious objects or toys. Kowalczyk (2017), highlights the possibility that religious figurines could end up as toys, and toys could end up as part of a ceremony (p. 78).

During the early 20th century and in the aftermath of World War I, nations were trying to rebuild their national pride and recover from their losses. Great Britain being on the “winner’s” side was mainly focusing on promoting this national pride, by portraying its superiority in every occasion and a great example for that is Queen Mary’s Dolls’ House. Its construction was directed by Sir Edwin Lutyens, one of the greatest British architects of his century, and involved the joined efforts of “50 craftsmen and manufacturers, 60 artist-decorators, 700 artists, 600 writers, and 500 donors” (Ryu, 2019, p. 466).

The construct is indeed extremely detailed and one of its most impressive features is that it contains a miniature library and miniature books with real text from famous British writers. The whole attempt aimed on showcasing the finest aesthetic features of British architecture and invited the public to have a glimpse of the British aristocracy’s impressive lifestyle (Duffett, 2019; Ryu, 2019).

A very important aspect of miniatures is that they are connected to military and miniature wargaming. In a recent review on military wargaming Caffrey (2019) highlights its importance by presenting multiple cases, where enacting battles have proved of utmost importance for the outcome of real battles. The first to use wargames (kriegsspiel) were the Prussians in the 19th century, with multiple other countries to follow their example after experiencing their victories (p. 20).

In the contemporary era, and while military wargaming has become a standard practice in the most countries, miniatures have been associated with miniature wargaming. This type of pastime, or leisure, activity involves many sub-activities such as crafting, painting, socializing when playing the games, narration and story-making (Carter et al., 2014).

Concluding this post I decide to return to the “personal” in order possibly connect with the reader. Miniature crafting and painting but also playing with them, have been for me main ways to escape quarantine; to focus my attention on the creative process and playfully take my mind away from difficulties, since art can act as a medicine for the soul! 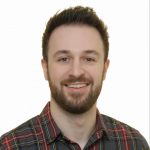 My name is Thomas Papatzikas, I come from Greece. Currently, I’m doing my MA at Maastricht University.

Caffrey, M. B. (2019). On Wargaming: How Wargames Have Shaped History and How They May Shape the Future (Vol. 43). Naval War College Press.

Description: This object is used for aesthetic reasons but also as a model for a category of board gaming called “wargaming”.