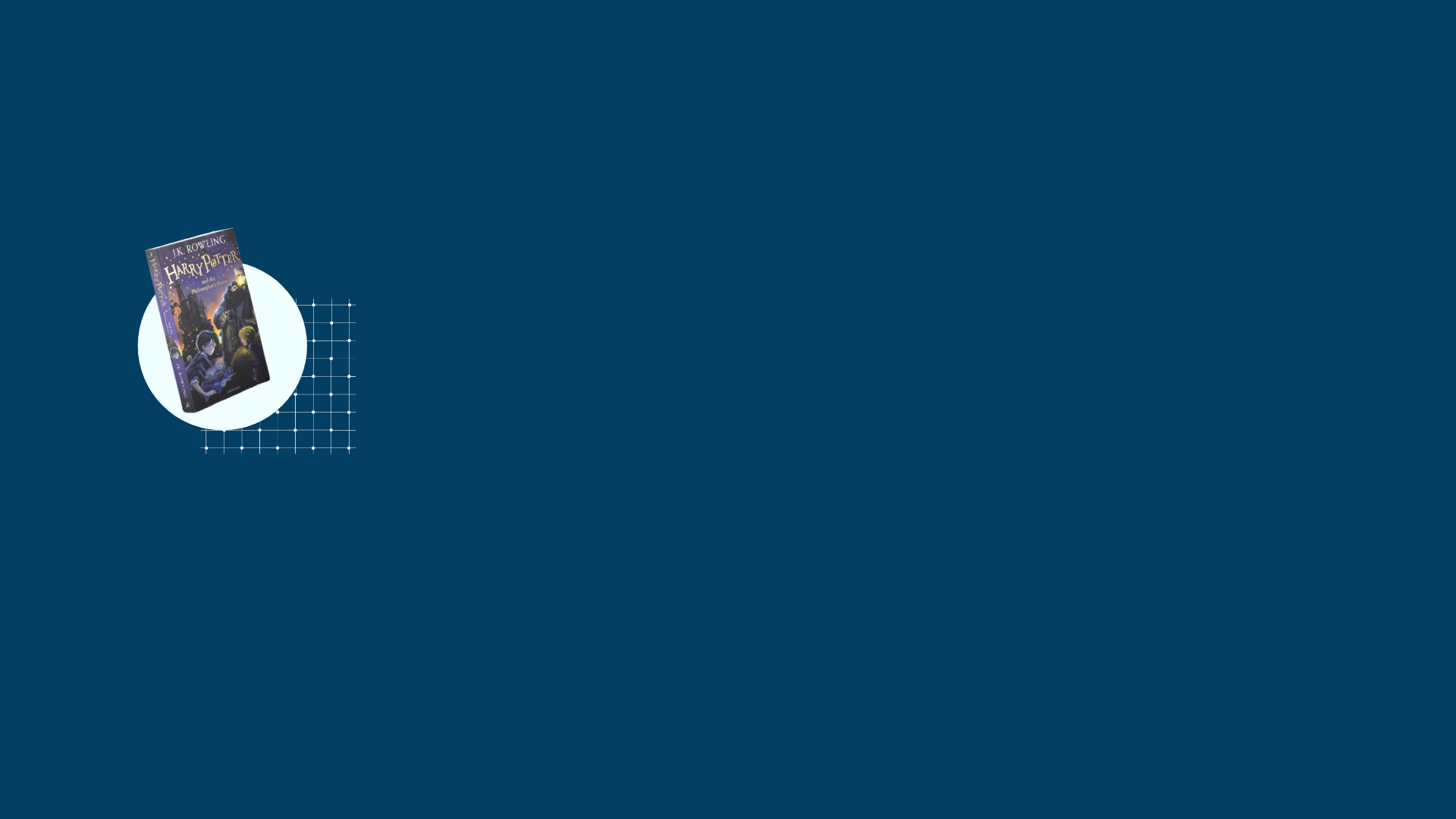 The Harry Potter book series provided a refuge and a magical world to turn to during the uncertainty and difficulty of the pandemic. These books helped the author to cope with anxiety and travel into an imaginary world. Come read the covid story below, The Life of a Bookworm, and discover the personal significance of books as well as their societal importance.

Comfort book during covid time by covid19digitalcollection on Sketchfab

“Happiness can be found even in the darkest of times, if one only remembers to turn on the light.”

J.K. Rowling, Harry Potter and the Prisoner of Azkaban

When the covid started hitting the world in late 2019, early 2020, many of us thought it would only last a few days or weeks at most. We had already defeated many diseases, why should this one be any different? In short, we did not expect all the consequences that this virus would have on both a personal and professional level. In one year, the whole society had to be rethought and things that once seemed trivial, such as going to university every day or eating lunch with friends, now seem to be privileges belonging to a different life. Entertainment (such as cinema and concerts) that was part of everyday life had to close down and adapt to this pandemic. This is particularly the case for museums which, unable to open their doors to us, have decided to create and display digital collections. But what exactly is a digital collection you may ask? That is a fair question to which there is not a simple answer. Well, it is basically a database that gathers various digitised things (objects, paintings, sculptures) according to a theme. This collection can be created by an institution or even by individuals who would like to collect various recipes or landscapes pictures on Pinterest for example. Thus, each collection requires a certain amount of subjectivity and objectivity. As part of our master in Media studies: Digital cultures at Maastricht University, we had to do this complex exercise of creating one of these collections. Our collection contains objects that were of particular importance to us during this pandemic, showing that everyday things can actually be a key in our daily lives.

The Object of my Choice

I grew up in a house full of books. When I was bored, I was given something to read. As far as I could remember, even if TV existed, I would never be put in front of it because my parents thought it was not a good thing for a child. The major memories I have of my childhood come from books I read, lying on the living room floor or wrapped in a blanket. I also remember the ink on my fingers as I started to write pages and pages to keep myself busy while I waited to find a new story to explore. One book series, in particular, has travelled and grown with me over the years: the Harry Potter saga. My father had bought the first books from my older brother who was not interested at all in reading. Therefore, I inherited these books one day when I found them in the library of our house. I was directly transported. I identified a lot with the main characters, especially Harry who was going through some tough times. Although these characters didn’t exist, it was as if they were my friends. And very soon this world of magic became my little “hiding place” throughout the years. Initially, I saw these books as faithful companions that grew and evolved with me. Then, one day, they became my refuge. The last Harry Potter book, released in 2007, was the last gift I got from my father before he passed away. Because of that, for years, I couldn’t buy another edition of these books, which I read in my mother tongue, French. I have read them so much that their pages are yellow and dog-eared, but I love them all the more. During covid time, they have taken an even more special significance. Whenever I felt bad or anxious (and believe me, this has happened a lot during this pandemic), I would turn to these books and read my favourite passages or start the whole series all over again. I felt like I was traveling but didn’t leave the house at the same time. I was leaving in an imaginary world where I felt safe and where covid didn’t exist. A little before the first lockdown, I bought the first volume of this saga in English because for me, it was like rediscovering them all over again. This is the book that I have chosen.

I was charmed by its rich shades of mauve, its golden title that stands out slightly and is pleasant to the touch and the fact that the three heroes (Harry, Ron and Hermione) are depicted on the cover with Hagrid. The Bloomsbury publishing house publishes children’s books and Harry Potter is one of them, which is why its design is attractive and colourful. I always loved the way English books were edited because they had flashier and more cheerful colours than in French. This book means a lot to me personally, but when you think about it, it is not very surprising. Why is that? Well, because books have always played a big role in society.

In previous centuries, books were luxury items that only the richest possessed. In small villages, books were rare and were generally used for religious purposes. With the invention of printing in 1454 by Gutenberg, they became more accessible but continued to represent a great symbol of knowledge (Crescenzo, 2001). Over time, they took on different symbolic meanings: they could serve as entertainment, education or information at the same time. They also made it possible to pass on the testimonies and accounts of explorers (often tinged with propaganda). And of course, they were also a means of escape and an opening to other distant worlds. If books used to be the central means of entertainment, it is true that now, in the technological age in which we live, other means have been invented and sometimes, books are not so important in some homes. Nevertheless, they have always been able to evolve and adapt over time. As a result, users can now enjoy digital books that are known to be more practical and easier to use. Time passed but the books remained, serving different purposes in each house. In the case of the author of Harry Potter, J.K. Rowling, they represented her dreams and hopes of being recognized as a woman, although she had to use her initials to be published (De, 2017). Like many other fields, literature was a man’s world where few women had recognition. And she was rewarded! Within a short time, the Harry Potter series was the best-selling saga in the world and became, for many people, a familiar and comforting universe.

Nowadays, books still carry important societal and cultural relevance. Non-fiction books are, first of all, used in schools as a means of education, allowing pupils to learn while reading. Fiction books, on the other hand, are also used in some courses to acquire critical and further knowledge. Students learn to read by sometimes questioning the hidden meaning or morals of the author. In addition, it is important to mention that books teach us values (Tenner, n.d.). By following characters who go through trials and evolve through the story, we learn through them essential characteristics such as empathy, courage and tolerance. Some characters want to revolutionise the world and can show children the different facets of the world, both good and evil. Literary fiction, in particular, gives impressive results on some surveys about empathy, making scholars wondering if “reading programs should be implemented in prisons” (Chiaet, 2013). Also, as Bergland (2014) explains, scientists have discovered that reading fictions could improve “brain function and connectivity”, in particular by putting oneself in the hero’s shoes. While many students would refuse to re-read a book after graduation, other studies show that reading would allow users to escape from digital screens and provide a means of escape. “At a minimum, we can say that reading stories—especially those with strong narrative arcs—reconfigures brain networks for at least a few days. It shows how stories can stay with us. This may have profound implications for children and the role of reading in shaping their brains.” (Berns et al., 2013) Books are a huge part of culture and education and continue to have an important impact in today’s society, evolving and changing with it, sometimes responding to important social debates such as racism and homophobia.

Over the centuries, books have acquired different symbols but have continued to evolve over time and become a full part of society. Books can represent the culture of a country through national authors and can also be an integral part of education and learning in many subjects. But above all, books allow us to have another vision of the world and to acquire values that will be useful in facing life. How many times have I said to myself that if Harry Potter managed to defeat Voldemort, I could pass my oral exam as well? Without even realising it sometimes, books bring us comfort and courage in difficult times. Some stories and characters are sometimes so meaningful to some people that they become almost real. Books, which are dear to our hearts, allow us to travel (in the past as well as in the future), to find a world we have loved and where we feel safe. Whether we read paper books or digital books, they take us somewhere else. That’s how the first volume of the Harry Potter saga became so important and vital to me during this pandemic.

My name is Céline. I come from Belgium. Currently, I’m doing my MA at Maastricht University.

Description: The book is used to explore Harry Potter’s story, the hero, and travel to a magical world without actually leaving home.