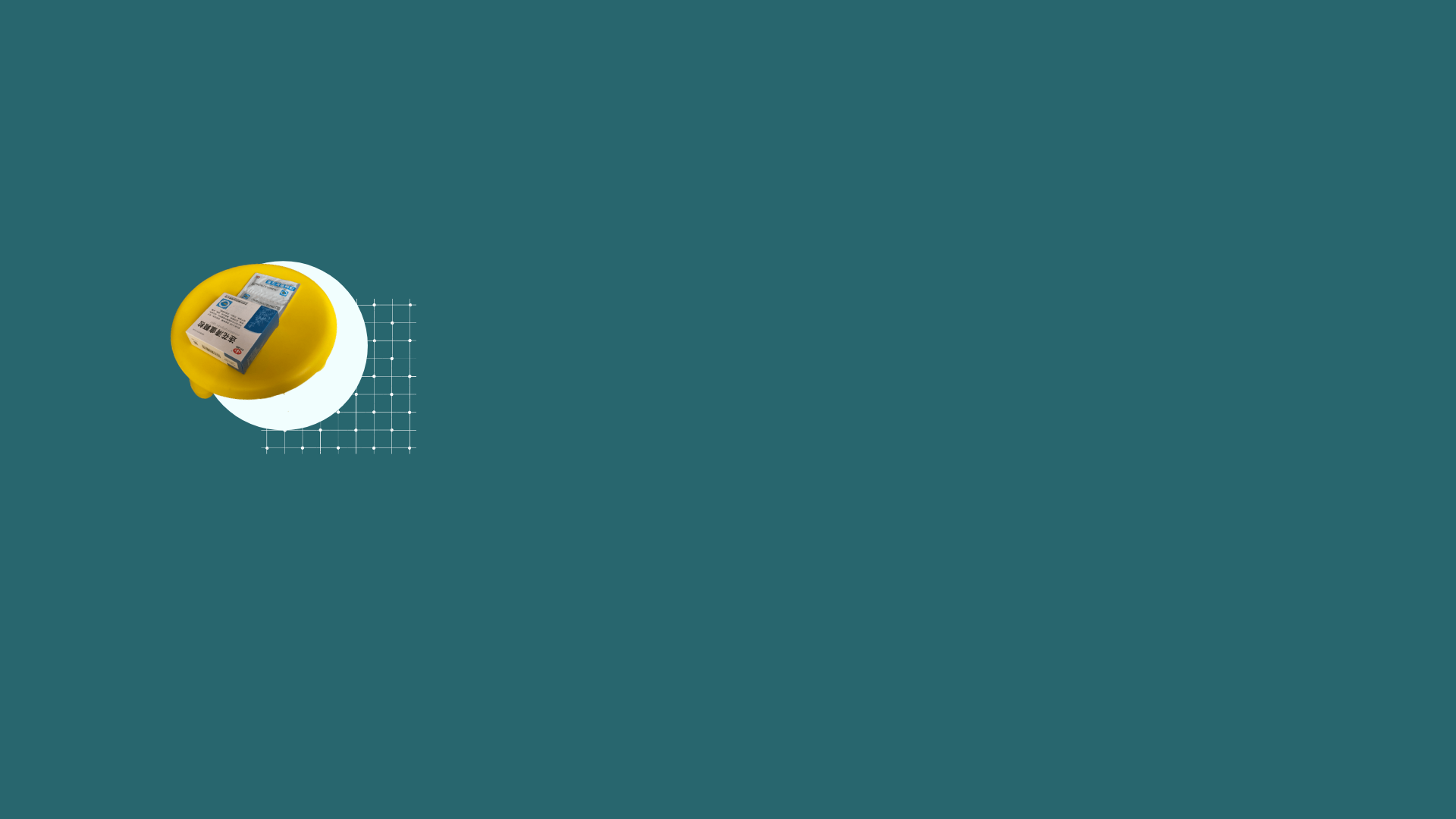 “One bag of Lianhua qingwen medicine a day, Keep the covid-19 away”—— A Chinese Internet Buzzword

In late 2019, countries and economies were affected by the Covid-19 pandemic. Health centers and laboratories worked hard to solve the problem by developing drugs and vaccines that could help prevent the disease’s rapid growth. Lianhua Qingwen medicine as a kind of Chinese herbal medicine which has antiviral and lung protection effect plays an important role in treating human diseases for thousands of years (Li, et al. 2020). Yiling Pharmaceutical(2020) which is the manufacturer of Lianhua Qingwen Granules claimed that Lianhua Qingwen Granules was approved to be registered as a drug to treat mild and moderate cases of COVID-19. However, many countries except China, such as the Philippines, do not recognize the role of Lianhua Qingwen Granules in treating COVID-19.Most Chinese people believe in the effects of traditional Chinese herbal medicine in curing COVID-19. In the first quarter of 2020, the profit of Lianhua Qingwen products increased by at least 800% year-on-year(Zhiyao, 2020).

In this blog, I will describe Lianhua Qingwen Granules and explore the reason why I choose it for the collection. Besides, the societal, cultural, and historical significance will be mentioned. Finally, the conclusion will be given.

The drug is packaged in a per box, each with six bags of the drug and 10g each. The box is made of cardboard. It is smooth and light, but easy to be crumpled. The material of the small bag inside is plastic which is easy to be torn.

Before COVID-19, my parents use Lianhua Qingwen Granules to treat regular clod and fever, because they think the Chinese herbal medicine is natural and no side effects. According to some news released by the Chinese new media platform in early 2020, Lianhua Qingwen Granules can prevent and cure covid-19. My parents wanted to buy the medicine after hearing about it. Even though the efficacy of Lianhua Qingwen Granules was not confirmed at the time, my parents thought that as long as they could avoid the harm of covid-19, it’s worth buying this medicine. From the view of their generation, Chinese herbal medicine is safe and useful efficacy. However, at that time, Lianhua Qingwen Granules were sold out, and my parents went to the pharmacies almost all over the city to buy them. Finally, they found one in a little pharmacy. They gave me this box of medicine but did not tell me we only have one. When I received it, I felt love and safe, The term “security” not only refers to physical security but also a sense of psychological security. Because I know that humans are not helpless in the face of COVID-19. I kept this box of medicine secretly, and I hope that every time I see it, I can remember the happiness and the love.

The history of Lianhua Qingwen Granules and its current use

Chinese medicine is a treatment method that originated in China over two thousand years ago. Although it is still practiced in many of China’s medical facilities alongside modern medicine, in the United States, traditional Chinese medicine is considered a form of alternative medicine (Wong, 2020). According to Chinese history, Chinese herbal medicine as a kind of traditional Chinese medicine was discovered by a Chinese emperor named Yan. He kept tasting herbs, then recorded those useful, and wrote a book named The Holy Husbandman’s Classic on Roots and Herbs. Today, a rich knowledge system has been accumulated for hundreds of years, including basic theories, diagnostic procedures, and treatment methods (WHO, 2010).

According to GU&Pei (2017), both traditional Western and Eastern treatment methods are related to the imagination of the human body and medicine. The Medieval medicine of western Europe originated from ancient Greek medicine. Greek people believed that the universe is composed of four elements (fire, air, water, and earth), while the Chinese believed that the world is composed of five elements (gold, wood, water, fire, earth). The ancient Chinese were affected by Yin(cold)&Yang(warm) theory. They believed that the body needs to be in a proper state of balance, which is similar to traditional Western medicine. For example, in one medieval medical book written by Bingen (1999), we can find something whose logic is quite similar to traditional Chinese medicine “If persons cannot hold urine due to the coldness of their stomachs, they should frequently drink wine that has been heated over the fire, mix vinegar into all their foods and drink vinegar as often as possible. This way the stomach and bladder will be warm”.

However, even though the popularity of traditional Chinese herbal medicine continues to increase in the world, the use of it is not much outside China. Take my case as an example, the effect of Lianhua Qingwen Granules in curing COVID-19 is officially recognized in China, but not recognized in other countries. According to the Swedish media, Chinese media reported that a Chinese herbal medicine called “Lianhua Qingwen Granules ” can cure COVID-19. However, the customs laboratory analyzed the drug, and the results showed that the drug was “menthol only”. Investigators from the Swedish Medicines Agency stated that they had received many reports from the General Administration of Customs that Lianhua Qingwen Granules had been banned. The Swedish Medicines Agency and the Customs Agency described Lianhua Qingwen Capsules as “unlicensed drugs that cannot be transported from countries outside the Schengen area” and therefore seized them at the border. Health Canada and some doctors questioned the effectiveness of Lianhua Qingwen Granules for the treatment of COVID-19 and believed that some of the explanations might be “misleading”.

The Biographies of Lianhua Qingwen Granules

An object biography can be used to mean a narrative that is told by the use of an image or through an image while the word biography in object biography being used to mean how the object communicates as a life or a life told story. Man-made or modified objects by man contain meaning which is reflected from those objects. The meaning can be directly or indirectly decoded to align with the beliefs of the maker of the object or who purchased them, commissioned them, or by some chances made use of the image. Those images can also reflect the larger society beliefs in the society that they reside from (Joy, 2009). Therefore, object biography can form a basic indicator that gives light to the beliefs of a consumer as well as their values. A scholar by the name of Kopytoff put across the idea of similar to the way that slavery can yield a trajectory in biography,  it is the same in which there would exist a biographic view on objects. Objects can contain biographies through the message that they have been made to display and pass (Andrew, 2017). Messages concerning the object can vary from cultural beliefs, remembrance of past historical events, religious beliefs, medical beliefs among other messages. Narratives about objects and objects biographies change with time as some information is sometimes lost during the passing of those narratives up to a point where the original intended meaning is no longer present. This affects the consumption as all of sudden the meaning that was previously in place is impacted by the changes in the narrative. Production is also affected as fewer people will find less meaning in the current work-changed work (Harding, 2016). Also, it is noteworthy that the meanings that objects contain can sometimes be beyond what the initial creators had an intention to (Dannehl, 2018).

Lianhua Qingwen is prepared using Chinese medical items to treat viral influenza. It was first used in the fight against SARS in 2002 in China before being found to help fight the Covid-19 virus. It contains Maxingshigan Decoction, which was used to treat plagues and has an antiviral and lung protection action. Due to the features of the drug’s composition, the Chinese health community found it ideal to be used to manage and prevent the spread of COVID-19, hence becoming a relief for most people in China. We can see the different effect of this medicine.

Even though Chinese medicine is not widely used around the world, it did give me a lot of security during the COVID-19 time. I believe that in the not-too-distant future, Chinese medicine will play a more important role in world medical care, and Chinese culture will be known to more people. 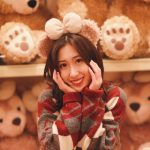 My name is Mingshu Yang , I come from China. Currently, I’m doing my MA at Maastricht University.

Lam TP. Strengths and weaknesses of traditional Chinese medicine and Western medicine in the eyes of some Hong Kong Chinese Journal of Epidemiology & Community Health 2001;55:762-765.

Description: This is a Chinese herbal medicine. Its original function is to cure symptoms such as colds, fever and coughs. During the covid-19 period, some experts believe that it can resist the virus to a certain extent. As a result, this product is out of stock, and many Chinese people even stock up on it.